Members of the trust gathered together in the lovely surroundings of the Wolds Heritage Centre, at the restored former church of St. James, Warter, East Riding of Yorkshire to discuss the future of the Trust now that grant funding of the project has come to an end. 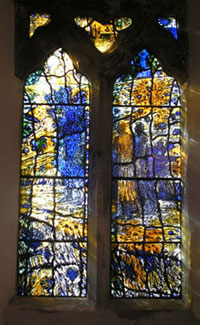 As the end of the second year of the project approaches, we can feel very proud of our achievements so far. There are now over 120 member churches signed up and enjoying the benefits of being part of a larger group with similar aims.

Delegates at our Winter Conference in December, enjoyed a fascinating talk by Pat McLaughlin of the Rotherham Church Tourism Initiative. As he has proved so popular at previous events, Pat seemed the obvious choice to speak on "Architectural History for Beginners", and we weren't disappointed.